I had a phone call with one of the aunts of Dannys warriors. She is… they are… amazing and I think they are poised to do good things in the fight against pediatric cancer. . I heard in her a joy.. a hope.. that we lost 5 months ago. A piece of me that I miss. The part that believes in miracles. I remember it though and I will hope that they find their way to that miracle.

We talked about how it was for each of our families .. 9 months 4 days ago for them and 9 months for us..

9 months from the very last birthday that we will ever get to celebrate her turning a year older. 9 months since we learned of DIPG. . and that some childhood cancers offer no hope. 0% survival.

9 months. The average amount of time a child with DIPG gets to spend on this earth.. we were cheated out of 6 of those months. I often wonder how much we would have gotten done.. how much of a lifetime we could have packed into those lost months that we “should” have had with her.

Could always be worse though.. I know some can look at the time we had with a longing.. Maddie’s Mark only got 5 days from their DIPG diagnosis.. I try to remind myself to be thankful for the time we did have.. Tonight though I am stuck on replay.. of all that could have been but wasn’t.. And dinners. 166 dinners we should have shared with her. Its those simple things I miss the most. Playing in the back yard. Openingher string cheese only the yellow white mixed one and making sure not to fully take it out of the wrapper. oh how I miss you… not a moment goes past that i don’t think of you.. oh baby.. i miss you..

It’s not even the weddings and the high school graduations I am helplessly longing for.. its the”average” both in time and memories that is sticking it to me tonight.

It’s watching her set up a perfect little spot to watch a tv show. . Its begin at the garlic festival with her. watching her lead the gang of kids in playing in the dirt.. pure joy on all their faces.. and of course a little face paint!

We went on Sunday. It was blisteringly hot. It had rained a bit earlier in the morning on the other side of town. But not at our house.. only a few minutes away. Until we started walking to the festival.

Then it rained. Just a bit on us.

Later I saw in my FB feed so many people that have been going to this festival their whole lives.. that they have never experienced rain..

What were you trying to tell us baby girl?

That its ok to feel the sun through the rain?

To remember to walk through the hard times to get somewhere brighter?

Did you you just want us to know …to know

oh I think that might be it because I feel such a pain in my chest.. such a ache for you.. and my tears won’t slow down.

Did you just want to say its ok…to me and Daddy and Jonathan?? We were all struggling so much and missing you… I pulled Daddy into the hallway right before we left.. right outside your bedroom, that’s frozen in time, and I hugged into him.. crying that I didn’t want to go. That I felt like I was betraying you..

Did you send the rain to remind me..that we have never been average?

I just want my daughter back… I want my family whole again.

I just want to be average. 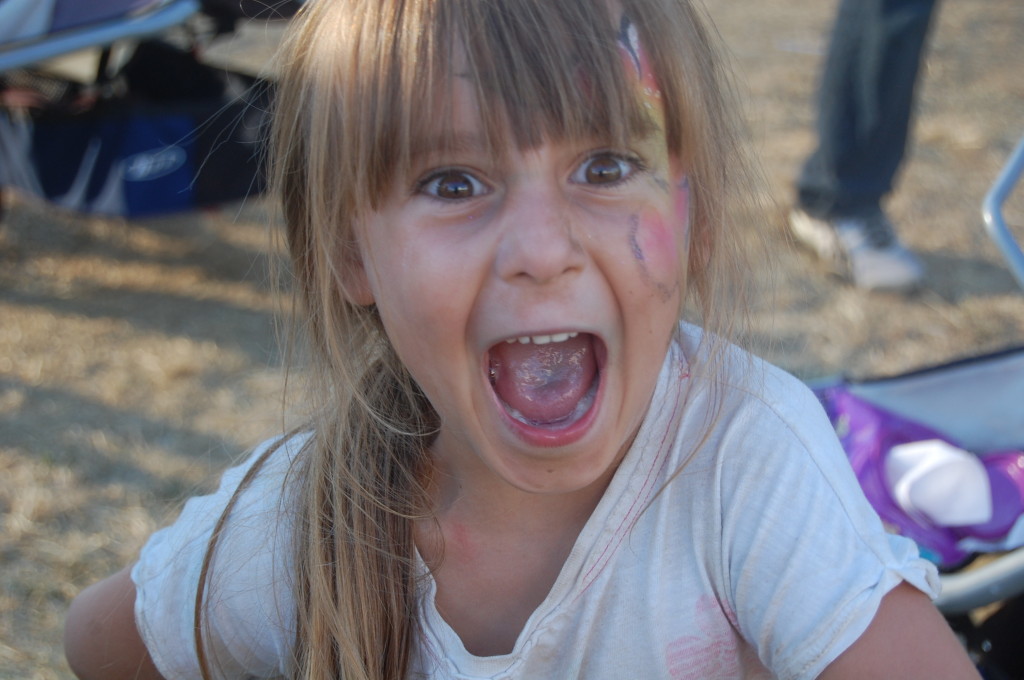 …until there is a cure…